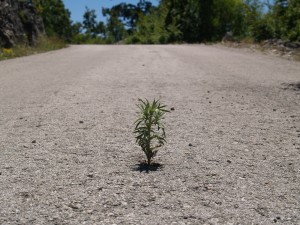 Are we determined by our genes or is our environment shaping our personalities and behavior? Why have our societies developed to be as they are? Are we destroying our environment to the point of no return? Can we live differently and build a society with abundance for all people not just the privileged few?

Those are the questions that have been discussed for hundreds of years.

A feature length documentary ”Zeitgeist: Moving Forward” adresses these questions in a new way. You can see the film below.

This film was released theatrically to sold out crowds in 60 countries in 2011, and is translated to 31 languages. It has been noted as the largest non-profit independent film release in history.

The first hour of the film examines what determines and shapes human behavior and presents new knowledge that supersedes genetic determinism and argues that improving human environment also improves the human intelligence and creativity.

We are not determined by our genes, but rather by our cultural and social upbringing. Change the environment and you will change the human spirit.

Rest of the movie discusses the current monetary and financial systems, which are generating growing poverty in the world, social injustice, wars and environmental pollution of all kinds.

Zeitgist offers solutions to how we can create a more sustainable and humane society and living conditions on earth by introducing the concept of Resource Based Economy.

There is a lot of discussion concerning the ideas presented in this film such as that they promote Marxism or one world government. Make your own mind after seeing the film.

In a way the information in the film is not all new, but is presented to give you something to think about and reconsider the “truths” offered by the mainstream media and the societies we live in.

You can learn more about Zeitgeistmovement on their homepage:

Tagged with: Nature vs. nurture Resource based economy Zeitgeistmovement