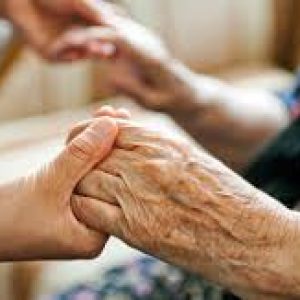 What is an empath?

Being an empath is when you are affected by other people’s energies, and have an innate ability to intuitively feel and perceive others.  Your life is unconsciously influenced by others’ desires, wishes, thoughts, and moods.  Being an empath is much more than being highly sensitive and it’s not just limited to emotions.  Empaths can perceive physical sensitivities and spiritual urges, as well as just knowing the motivations and intentions of other people.  You either are an empath or you aren’t.  It’s not a trait that is learned.  You are always open, so to speak, to process other people’s feelings and energy, which means that you really feel, and in many cases take on the emotions of others.  Many empaths experience things like chronic fatigue, environmental sensitivities, or unexplained aches and pains daily.  These are all things that are more likely to be contributed to outside influences and not so much yourself at all.  Essentially you are walking around in this world with all of the accumulated karma, emotions, and energy from others.

Empaths are often quiet achievers. They can take a while to handle a compliment for they’re more inclined to point out another’s positive attributes. They are highly expressive in all areas of emotional connection, and talk openly, and, at times quite frankly. They may have few problems talking about their feelings if another cares to listen (regardless of how much they listen to others).

However, they can be the exact opposite: reclusive and apparently unresponsive at the best of times. They may even appear ignorant. Some are very good at “blocking out” others and that’s not always a bad thing, at least for the learning empath struggling with a barrage of emotions from others, as well as their own feelings.

Empaths have a tendency to openly feel what is outside of them more so than what is inside of them. This can cause empaths to ignore their own needs. In general an empath is non-violent, non-aggressive and leans more towards being the peacemaker. Any area filled with disharmony creates an uncomfortable feeling in an empath. If they find themselves in the middle of a confrontation, they will endeavor to settle the situation as quickly as possible, if not avoid it all together. If any harsh words are expressed in defending themselves, they will likely resent their lack of self-control, and have a preference to peacefully resolve the problem quickly.

Empaths are more inclined to pick up another’s feelings and project it back without realizing its origin in the first place. Talking things out is a major factor in releasing emotions in the learning empath. Empaths can develop an even stronger degree of understanding so that they can find peace in most situations. The downside is that empaths may bottle up emotions and build barriers sky-high so as to not let others know of their innermost thoughts and/or feelings. This withholding of emotional expression can be a direct result of a traumatic experience, an expressionless upbringing, or simply being told as a child, “Children are meant to be seen and not heard!”

Without a doubt, this emotional withholding can be detrimental to one’s health, for the longer one’s thoughts and/or emotions aren’t released, the more power they build. The thoughts and/or emotions can eventually becoming explosive, if not crippling. The need to express oneself honestly is a form of healing and a choice open to all. To not do so can result in a breakdown of the person and result in mental/emotional instability or the creation of a physical ailment, illness or disease.

Empaths are sensitive to TV, videos, movies, news and broadcasts. Violence or emotional dramas depicting shocking scenes of physical or emotional pain inflicted on adults, children or animals can bring an empath easily to tears. At times, they may feel physically ill or choke back the tears. Some empaths will struggle to comprehend any such cruelty, and may have grave difficulty in expressing themselves in the face of another’s ignorance, closed-mindedness and obvious lack of compassion. They simply cannot justify the suffering they feel and see.

""The world is a dangerous place to live, not because of those who are evil, but because of the people who don’t do anything about it." Albert Einstein  "