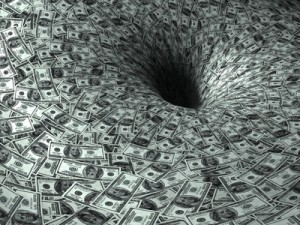 Don’t you think it’s sad that so many people suffer from poverty, homelessness, unemployment, addiction and socioeconomic disadvantage in general? What about the fact that the majority of us haven’t found real peace in life because we’re all fighting to survive in a world which actually has more than enough resources for everybody? We find it sad, especially because all of these issues are either created or amplified by the ‘economic’ and ‘social’ systems that we have designed for the people of earth.

First, we need to change the way that we economize our global society because the suffering it causes is evidently pandemic, especially the boom/bust cycles that screw the livelihoods of the people whilst the rich get richer at everyone else’s expense. Simply, this transformation is fundamental to the future health, prosperity and vitality of our people. To evolve it will no doubt be a challenging and complex process, but that needn’t stop us; we are now at the ideal stage to deeply consider the ways we could collectively move forward.

This article is designed to amplify the collective awareness of a ‘private‘ central banking system that works for the 0.1% but doesn’t work for the people. Governments and citizens-of-earth alike need to transparently engage in an honest discussion about not just the removal of this system, but also the potential models we could implement to improve the global economy for our future.

Of course there will be disagreements on which way we should progress, but that’s not the point. There are so many people who are already aware of this necessity and who support different models and methodologies, so instead of this article being a ‘this way or the highway’ approach, its fundamental goal is to get people to join forces, as well as help more of us to be aware of and supportive towards the need for this massive change.

The harsh truth is that we have arrived at the doorstep of the next Global Financial Crisis. As it unfolds, collectively we will be unable to hide from the immense financial problems that plague us, including our enslavement to debt. It will no doubt shake and wake many from their slumber because of the impacts it will have on their own lives. Yet it’s not all doom and gloom; this might just be a blessing in disguise because it is an opportunity for the masses to join the awakening community and participate in the discussion on how we move forward both in the short and long-term future.

The Dirty Secret about Money

Ask yourself this question: did you know that governments can never run out of money? Don’t stress, not many people do. The truth is we operate under a fiat system where money is no longer backed by gold, so governments can create as much money as they want and direct it according to the economic and social needs of their nation.

No deficit. No surplus.

This is only possible of course if each individual country removes the ‘private’ central bank that controls the money of their nation, as well as stops selling their debt (bonds) to other private and foreign stakeholders. Simply, each government can take back the power to manage their countries money and remove the central banking system which is run by private families that make their living off governments (the tax system) and other banking institutions.

If you think this all sounds insane, you’re right. Why don’t governments just create the money themselves so they don’t have to rely on a tax system, as well as pay interest to rich families? The answer is that the so-called elite have their tentacles spread right through society, including the big multinational corporations that ‘purchase’ political campaigns and therefore government policy. They’re controlling our money and our minds.

Finally, the dirty secret about money is making its way to the masses.

Taking Back Control of our Money

There are alternative economic models already designed by legitimate economists which would effect this change to the way money is created. Steve Keen, an Aussie economist who works at Kingston University in London, is one of them. He has created a system called Debt Deflation, which also includes Quantitative Easing for the people, instead of for the finance and banking industry.

Another alternative model is called Modern Monetary Theory (MMT), which is supported by Bill Mitchell from the University of Newcastle. There are many economists all over the world that also support the implementation of this system, which means the creation of community-based, publicly-operated central banks that fund all the essential services a society needs.

There are of course longer term solutions too, which I covered in a previous article. Here is an excerpt:

There are several approaches to transforming our social system to one in which everybody is cared for and nobody slips through the safety net. One is Ubuntu and Contributionism, whilst another is the Resource Based Economy. The tireless work carried out by Jacque Fresco and The Venus Project, as well as Peter Joseph and the Zeitgeist Movement, have illustrated the logic and methodology to undertake a transition to an economy where all resources and services are provided for free and each individual is inspired and encouraged to contribute their innate strengths and acquired skills for the benefit of their community.

Can you see the implications of this systemic revolution? Can you see the positive impacts if we changed how money is created for society? There would always be enough cash to create jobs in the public sector when the private sector slumps, virtually creating full employment. Once it rebounds, jobs could be transferred back. In addition, a living wage could be implemented to help combat poverty and other socioeconomic disadvantage. This is so revolutionary that we could actually start dealing with these stubborn issues that plague our so-called modern society.

Education would also be provided for free. All the infrastructure that a nation needs could be built. The energy industry could be transitioned into renewable and footprint-free production. Food could be locally organised in a healthy and community-friendly way. The possibilities are endless.

Very few people are talking about this. Why? This is partly because the mainstream media, which is either owned or controlled by those who benefit from this system, will not give this option airtime or credibility. They allege to debunk it with dinosaur economists who are either paid or brainwashed to maintain the status quo. Meanwhile, the 99.9% continue to be treated like inferior beings and enslaved to debt.

Those in the awakening community know the truth though. The fact remains that this isn’t some fairy tale idea; we really could change the way that we economise our societies so that everybody benefits, not just the self-appointed ruling class. Furthermore, anyone who says “it will cause inflation” or some other Keynesian regurgitation, have no idea what they’re talking about, so it’s best to listen to the realexperts on this one.

There was a US president that attempted to bring down this central banking tyranny. His name was John Fitzgerald Kennedy (JFK) and he was assassinated before he could implement it. Coincidence?Watch this documentary and decide for yourself.

The reality is that if you’re not angry after reading all of this, then you haven’t understood it. If you are, then good; you should be. We all should make this matter THE priority for ourselves and our future generations, especially now that the world has just begun the initial phase of another economic depression which will last the next several years. That is of course, unless we do something about it.

In addition, the other facts that we all should focus on is that each country has the innate power to highly regulate their finance sector and ensure criminal consequences for fraudulent banking, something that the only country that had the guts to do anything about was Iceland. This is also imperative to transforming our economy into a fair and just system for all.

In any case, we encourage each and every one of you to spend the time researching the following links. Before or afterwards, if you believe that we need transformations to our economic and monetary structures, then please sign the following petition and share within your network.

Ultimately, it is at this critical time in our history that we need to come together to intelligently and morally design an economy that works for everybody, our future generations and our natural systems.

Phillip J. Watt lives in Australia. He best identifies as a ‘self-help guide’. His written work deals with topics from ideology to society, as well as self-development. Follow him on Facebook or visit his website.