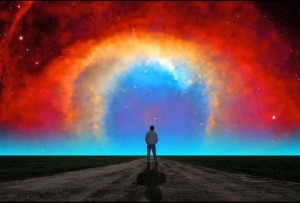 It is. It’s outdated programming and the engineers of deceit can’t keep up. The vibrational changes are exceeding their capabilities. You know how your phone or computer’s software goes out of date, and new programs can’t operate? It’s the same thing. The imitators of creation can’t maintain a current operating system any longer in the face of this Universal shift.

And it’s driving them nuts.

Just look at the desperation we’re witnessing. Crude military and police state maneuvers are only one aspect. The biggest clue is seeing the previously incremental and now hyperbolic use of monstrous lies that are becoming so transparent and unbelievable to just about anyone. Agreed, there are the entranced apathetics who swallow anything, but we’re witnessing a meltdown before our eyes.

If you can’t see it, look again.

First of all you’re in the wrong mindset if you’re looking only for data or left brained evidence, although it’s out there for those who can see. When we come to understand the vibrational workings of our holographic reality everything takes on new dimensions and opens us up to understanding these more esoteric notions.

Those with hearts that can see feel this. I say hearts because much of what we need to grasp or at least track is intuitive. Taking all of the information and dot connecting and personal spiritual experience together paints very clear pictures, we just need to trust what we’re seeing and learning. When we explore these realities we’re sensing we start to notice how they’re manifesting.

Forbidding free speech, shooting civilians with no cause, obvious mega bullshit in the news, wars with no possible end, deliberate poisoning, starvation and dumbing down of populations? I mean, c’mon.

But it’s kind of a conscious or spiritual symbiosis we’re experiencing. They all work together. But ignoring the spiritual and metaphysical as “evidence” in conjunction with such obvious manifestations is why this world has devolved to its current state. Previous enlightened civilizations and earth connected tribes took this to heart. Our current imposed paradigm does nothing of the sort.

It’s just like expired or outdated software. Their programs can’t keep up with the changes the cosmos is bringing to our planet and race. That’s exactly it. While they’ve literally gotten away with murder for millennia and are working furiously to enforce their “programs” at so many levels, the time’s up. Sorry Charlie, but you’ve been superceded, or should I say “super seeded”. The new upgraded paradigm is taking over fellas. It’s just a matter of time before your whole wicked system crashes.

The shift is moving through their lower level grip and on into massive empowerment and transcension beyond the net they’ve laid for humanity.

It’s got to be frustrating the hell out of these creeps. Imagine, the very thing you’re trying to encase in every way possible keeps morphing before your eyes. They can throw up matrix program after program but their perceived petri dish subjects just keep finding ways to survive and grow. What irony the Universe has.

Hence the Transhuman Agenda – Things They Think They Can Control

Humanity is getting out of hand, in their eyes. All the while we’re being empowered – by our own awakening and resultant commitment to truth, but also by a fundamental vibrational shift we’re undergoing. No savior, no galactic battlestars. It’s us, and an organic consciousness evolution at the deepest level with a living, expanding and enveloping Universe.

Awakening with Creation Itself.

Anyone who’s woken up to almost any degree understands everything is interconnected. Even “modern” physics is arriving at this reality, all while mainstream thinking ignores the profound ramifications. That we’re all interconnected not just as a race, but with the earth and the cosmos in such a fundamental way is a game changer. While this has been known for eons, our current control model cannot even begin to acknowledge this fact. To these oligarchs and self-appointed maniacal masterminds, no matter what powers they’re summoning, that truth is something apparently well beyond their debased comprehension.

It’s out of their league.

Sure, they have their satanic rituals and tap into other dimensional entities, but it’s child’s play compared to the True picture of our all Powerful Creative Universe. That they live in rebellion against this Force is a known reality for millennia, and even alluded to by spiritual traditions and native shamanic teachings alike for ages. Bringing this understanding “down to earth” is another story.

This is why the transhumanism agenda is so important to them. This merging of man with machine has been in the works for a long time. Clipping the link with our humanity by short circuiting the human creation is an obvious next step for these would-be controllers. Agreed, they’ve made it a fad and carefully groomed acceptance of such a trend, but it’s going to fritz and die in the junkyard of temporal existence. It can’t stand, never mind last, in such a creative force field.

Time will bear this out, as has happened to previous off-course civilizations.

Is This For Real?

It’s up to us. We have everything going for us. But our will and actions need to be aligned with this transition. We can ignore it or respond. The sanctity of our free will cannot be violated. Either we get paddling and ride the wave or it crashes on us and perhaps dissipates on the shores of time for lack of recognition or response. And the whole cycle may need to be repeated. Not a nice destiny.

I know I’m not coming back. I’m done with this insanity and am doing my damnedest to change things this time around. If we all did it won’t get repeated, but time will tell. Not many seem to be willing to respond, even though their lives and their children and grandchildren’s lives are at stake. Talk about self imposed defeat and debilitation.

Either way, the matrix will collapse. But the true civilization of love, peace, harmony and abundance awaits manifesting.